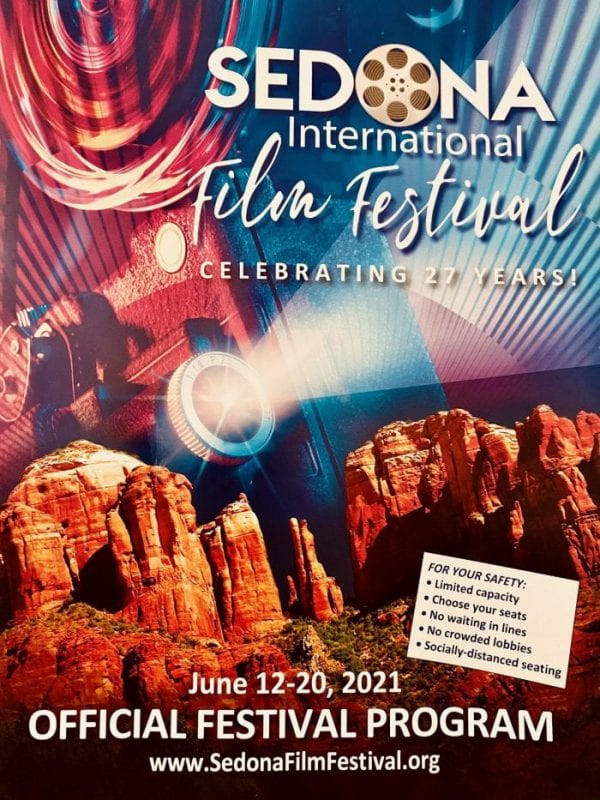 Bob Mackie grew up in the San Gabriel Valley CA. While working at Paramount Studios, academy award-winning costume designer Edith Head found Mackie. He designed costumes for Mitzi Gaynor, Diana Ross, The Supremes, The Temptations, Whitney Houston, Vanna White (Wheel of Fortune) as well as many hit Las Vegas Strip burlesque shows such as Jubilee! But he is probably best known for his costume design work for Cher and Carol Burnett.

Bob Mackie was nominated for 3 Academy Awards, and he won 9 Emmys as well as a Tony.

The Sedona Film Festival which is in its 27th year draws independent movie enthusiasts from around the world.  In the 9-day festival, you will find fascinating, panel discussions with some of the stars, directors, writers, and producers of these films. Also, you can attend “Free Sunset Filmmaker Talks” on Wednesday and Thursday at 5:30 pm MST (June 16, 17, 2021) at the Sky Rock Inn.

The film presentations and schedule will include shorts, documentaries, animations, and foreign films.

“The Sedona International Film Festival is a yearlong celebration of the power of independent film and multi-cultural programming to inspire, educate, entertain and enlighten.”

NOTE: All information presented including, event scheduling, directions, and pricing are deemed reliable but not guaranteed. You should check with the organizers, event and attraction website, or management, and organizing team for current information. SellSedona.com is not responsible for inaccuracies or changes to the information provided. Information is provided as a convenience to you. SellSedona.com, Coldwell Banker Realty, and Sheri Sperry are not affiliated with or are provided any fees, promotions, or otherwise for this information contained here.  This is merely a public service posting.