For all stats go to 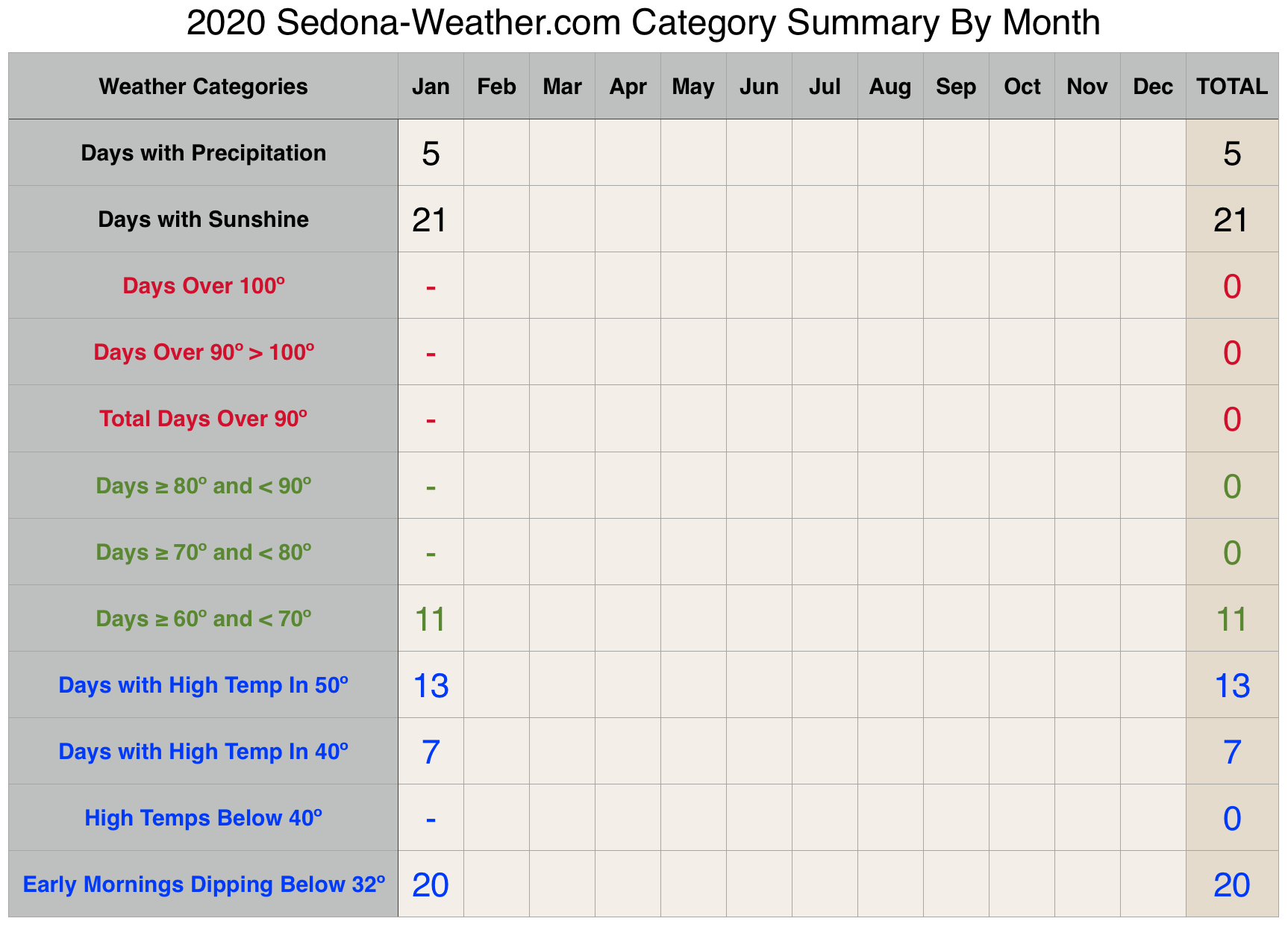 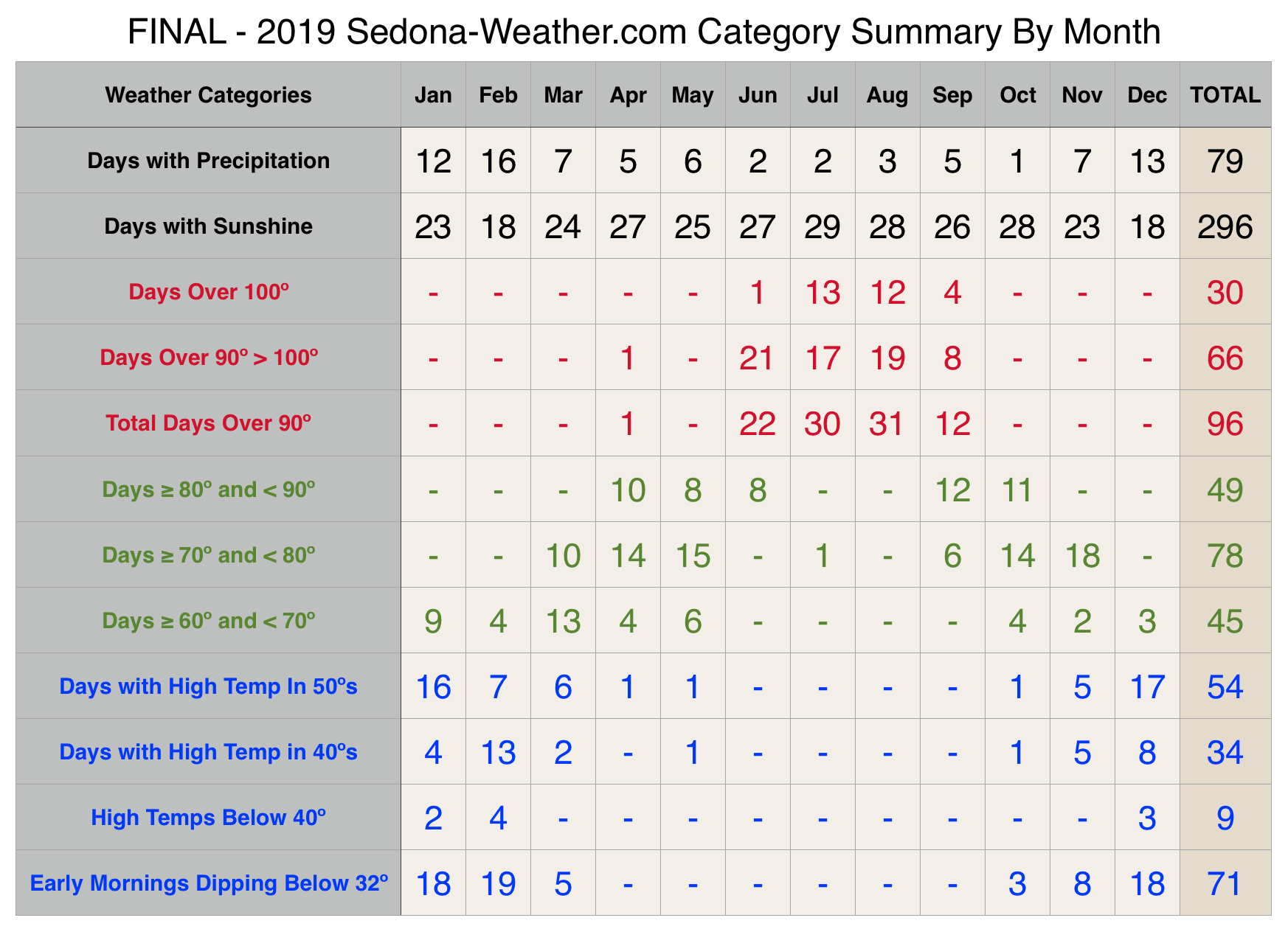 January Weather is in the books! This is the 11th year that the Weather Station at the Coffeepot Cottages has been keeping records. January is generally the coldest month of the year with December coming in a close second. February and March have been known to have more snow than the other months but as the days push closer to March, the mean temperature usually pushes up about 3º to 4º over January. 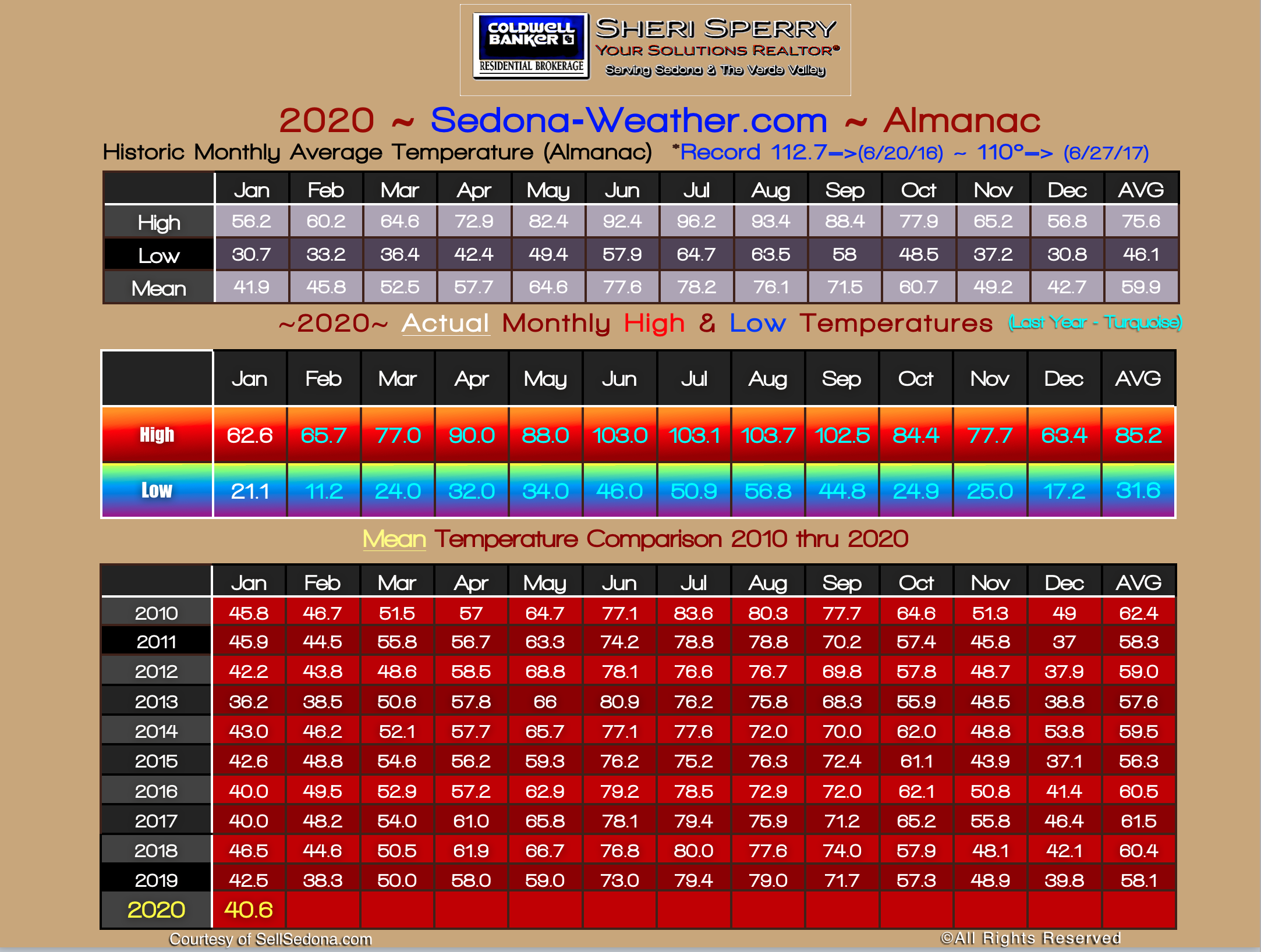 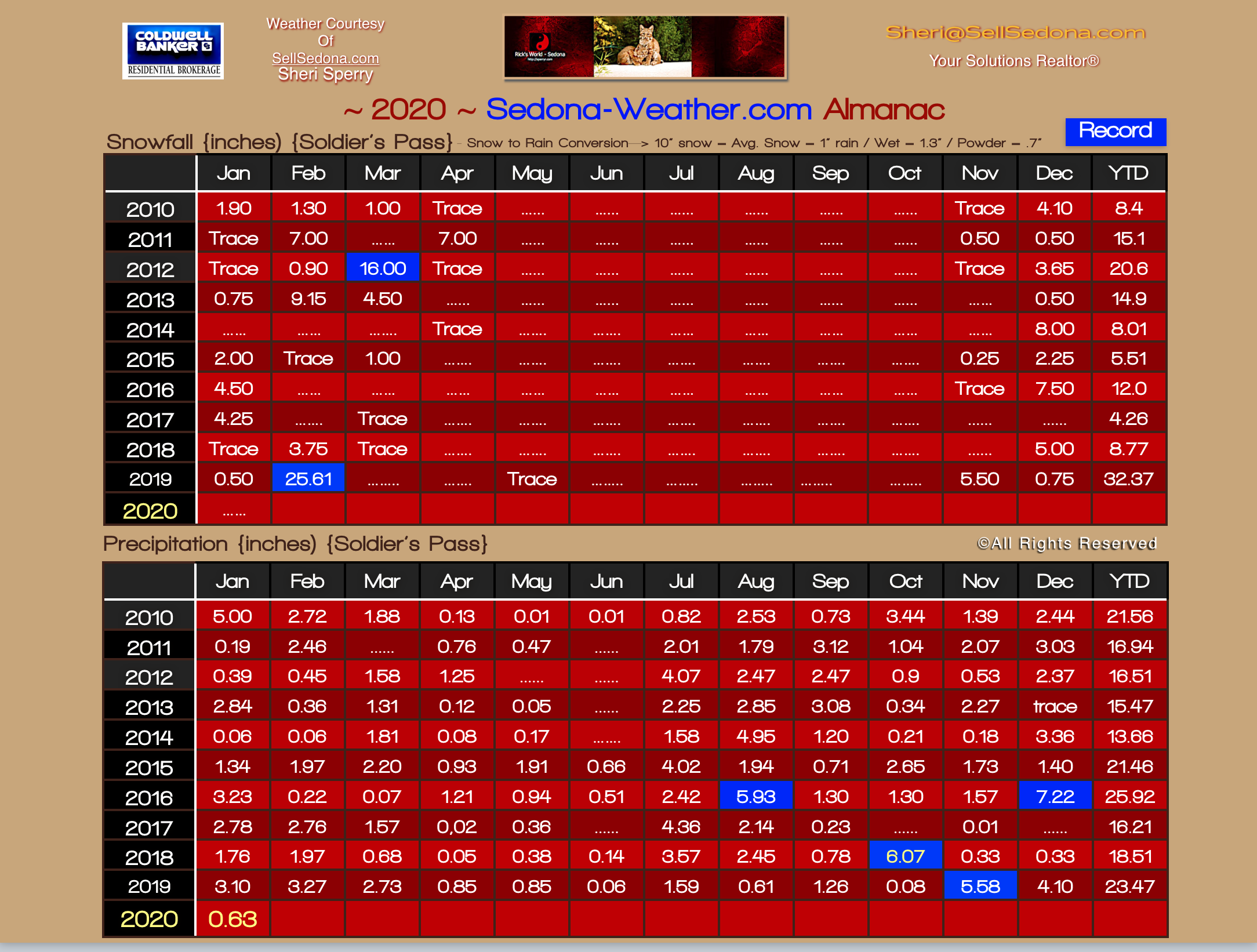 As for January weather precipitation, we only had .63 of an inch spread out over 5 days in January. 10 days were cloudy. Rain could have developed but nothing fell to the earth. No snow fell in Soldiers Pass Sedona, either.

An area of note: Sedona got a lot of rain in 2019 (23.47 inches and over and over 32 inches of snow) which has helped our Juniper Trees bloom more than ever before. During the last front that came in January, Sedona had some wind. Many of the Junipers released their pollen. You could see lots of small yellow funnels throughout Soldiers Pass. It looked like yellow smoke coming from the forest areas. Juniper pollen is a big issue for allergies in the Sedona Area.

In February of 2019, Sedona experienced a huge snowstorm. This was the largest amount of snow Soldiers Pass had received since 2003,  The total for the year came out to 32.37 inches. Many might think this is a lot of snow but the unique conditions in Sedona allowed the snow to evaporate and melt during the day. There was not one day in 2019 where the high temp remained below 32º. Within a couple of days, there was very little snow on the ground.