A Native American Wonder of the “New World”

I have heard a lot about the V-Bar-V Heritage Site. This Heritage Site surely ranks as one of the top Native American Wonders of the “New World”. We can learn an awful lot about their culture, customs, history and heritage. 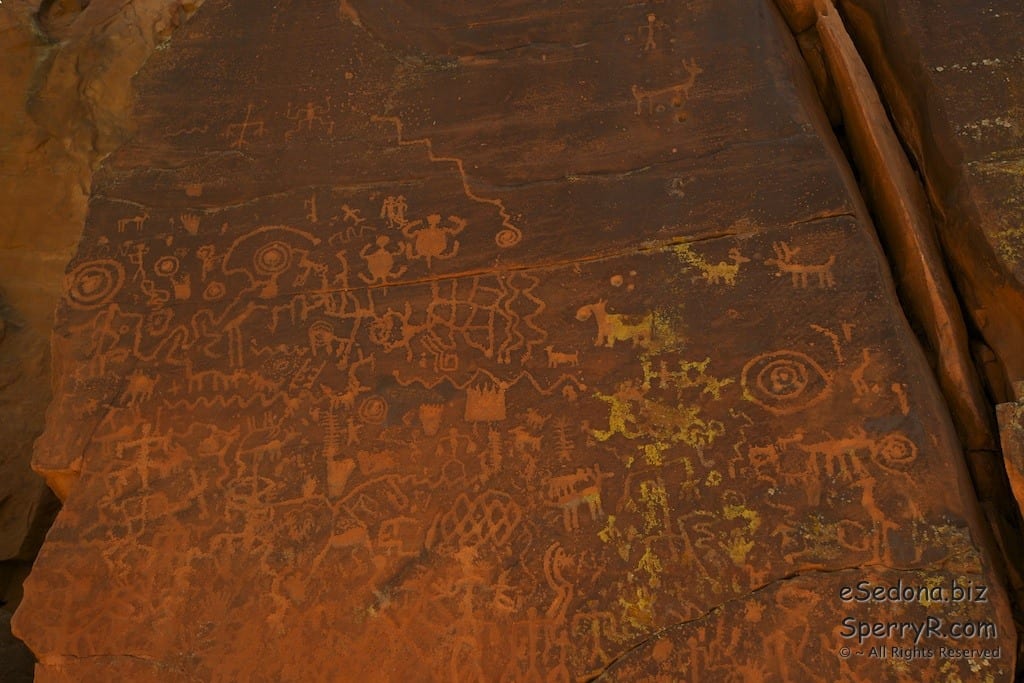 The Summer Solstice was upon us, so this was an opportunity to see this site and how the sunlight affected the shadows on the petroglyphs. It isn’t far off the I-17. You take the same exit you would to go to Sedona from Phoenix.  The only difference is that you go right rather than left. 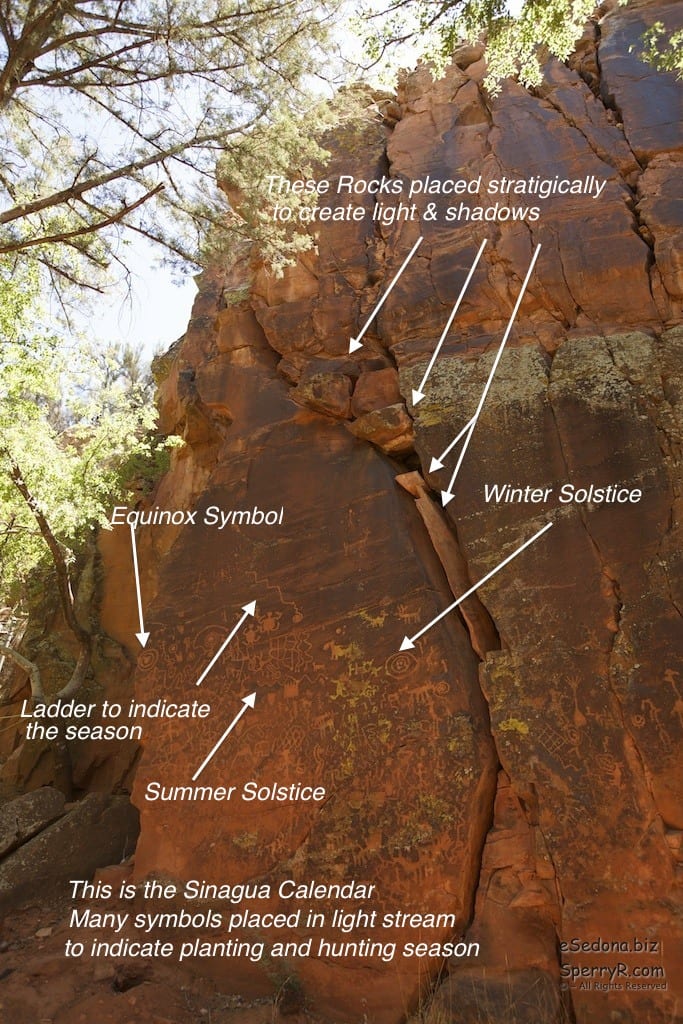 This picture diagrams some of the petroglyphs and rocks that were strategically placed to create specific shadows as the sun moved through the seasons. These pictures were taken before the shadows creeped up the rocks so as to create the stream of light with the 2 rocks that were pushed out to form the shadows.

A little history.  This area was inhabited by the Sinagua people. The northern Sinagua settled the Flagstaff area around 500-600 AD.  The Sinagua who migrated south became southern Sinagua and settled Sedona and Verde Valley estimated between 8th century and 13th century. Peak farming was between 1150-1220 AD.  In the 13th century the northern Sinagua started to leave the area because the rainfall probably tapered off. Some moved to east to Zuni and the Rio Grande Valley. Others moved to the Hopi Buttes.  Their history intertwined with the Hope oral history.  No further record of the Sinagua heritage is available after the 15th century. 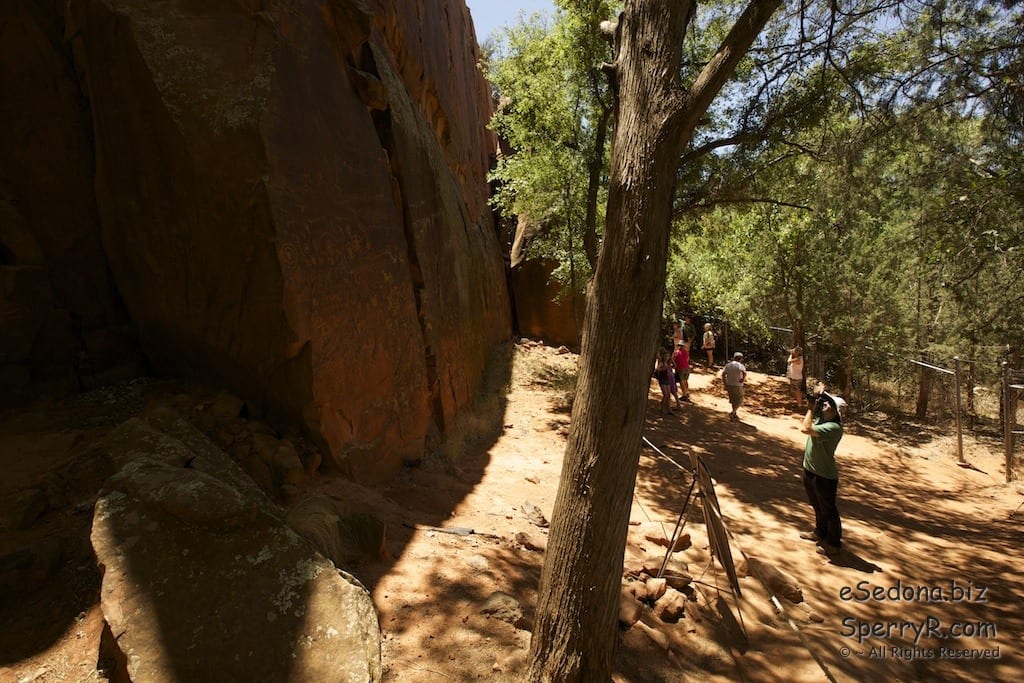 “Sin agua” means without water and describes the arid conditions this people had to live in.

The settlers in the area, protected the site as best they could,  However,  when the US Forrest Service acquired the property in 1994 they increased the security of the area. This area was opened to the public in 1996.  There is a fence around the property and a guide located within the petroglyph site during business hours.

This picture shows the sun moving over the top of the cliff wall which is starting to shine light on the seasonal petroglyphs for the calendar date which happens to be the Summer Solstice. The following pictures will demonstrate how the shadows of the strategically placed rocks interact with the petroglyphs. 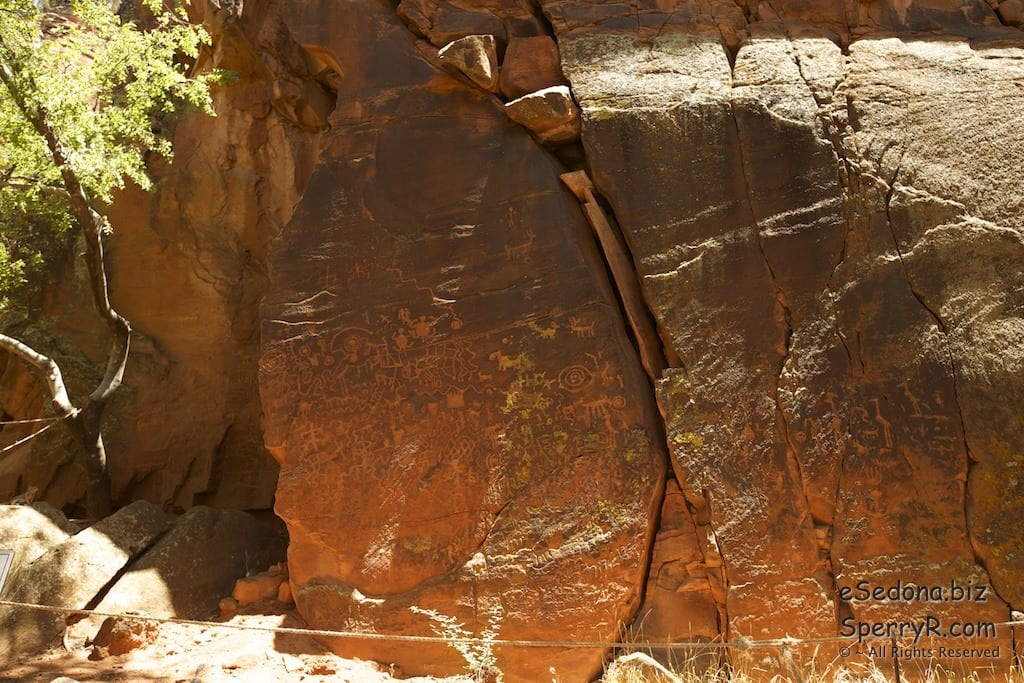 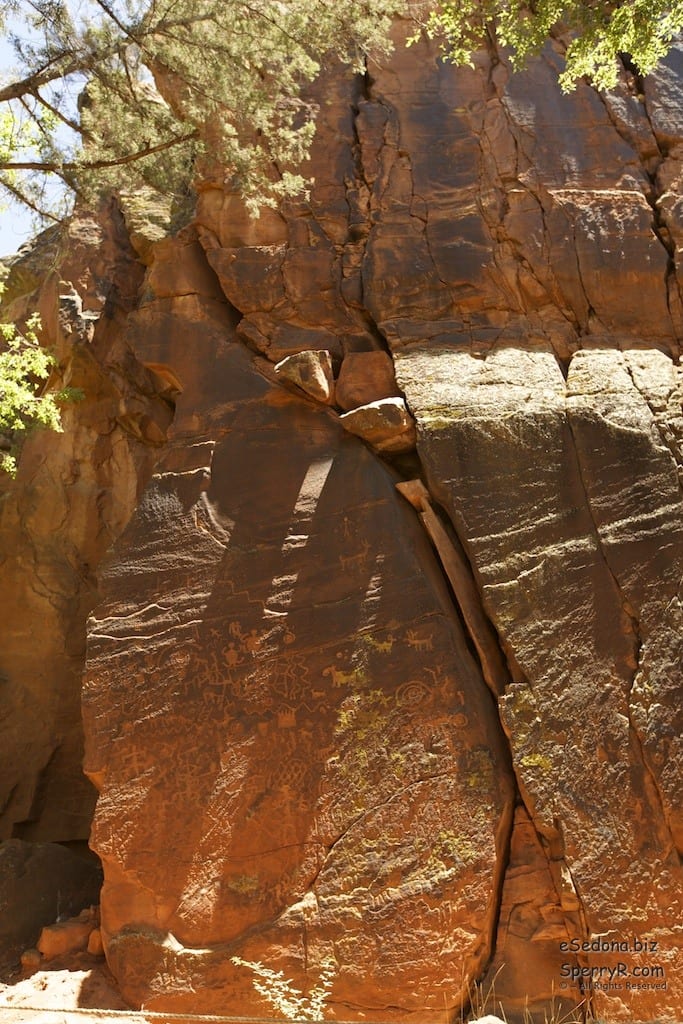 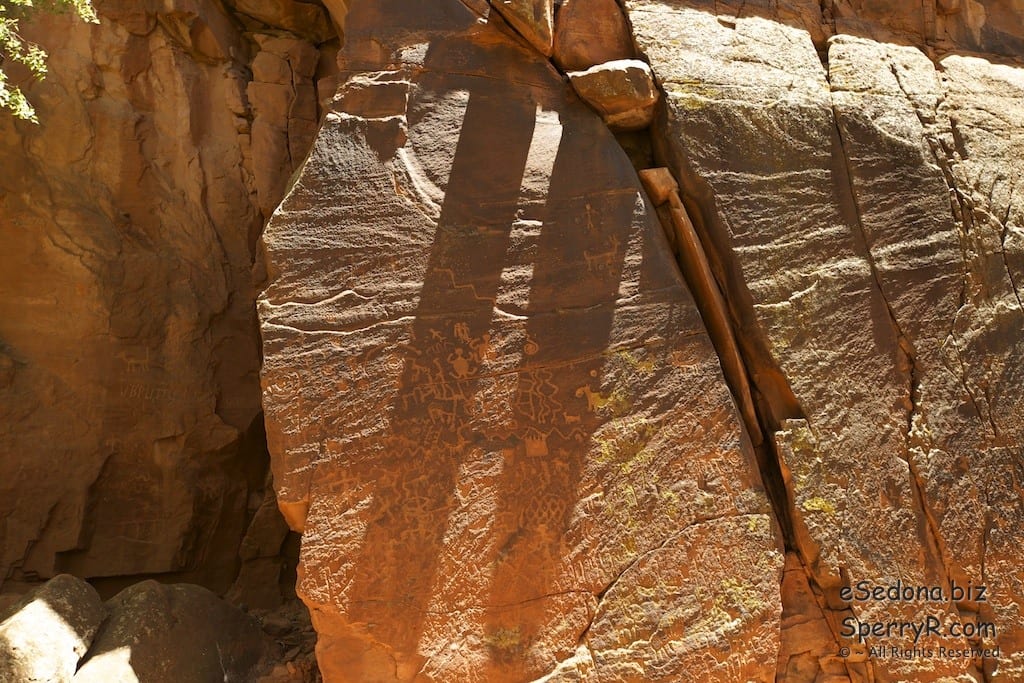 The Sinagua Sunwatchers website has a detailed historical reference to each season.  You can find the Summer Solstice here.

LEARN ABOUT ME: “Many buyers and sellers are skeptical about salespeople. So am I! But, I am not a typical salesperson. I put myself in your shoes and help you make decisions based on how I would want to proceed if I were you. In other words, what steps would I take and what is right for you? How will this transaction be beneficial for you? How will it help you move forward with your goals? How can I make it as smooth and pleasant as possible? What is in your best interests as we move forward?

Let’s face it, you won’t really know that I am not a typical salesperson until you get to know me. I am confident you will feel at ease and comfortable knowing I can find solutions for you. If you don’t feel that way, please let me know. I want to be the best I can for you. I am YOUR Solutions Realtor.” ~ Sheri Sperry

If you are looking for Sedona real estate for sale including homes and land in the Sedona Verde Valley, don’t hesitate to contact me.

Find All Homes in Sedona