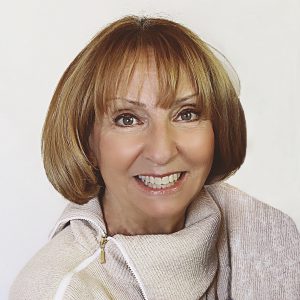 Crescent Moon Ranch in Sedona Arizona is one of my favorite areas to visit. However, this image is generally only available during a short time in spring.  I am talking specifically about the green grass. The grass is wild. It will wither and turn brown without any rain, and it will do that rather quickly! So the scene above is not quite as appealing without the grass.

The image to the right, is a two minute walk on a trail to the right of the shed in the picture above. Lower Oak Creek borders this property. Water was and is a valuable resource. Even more so, if it borders your property.  Early settlers looked for prime property near water sources to raise livestock, or farm. It was too costly or near impossible to get thousands of gallons of water to a large portion of land if you could not have irrigation ditches or canals right off of a water source such as a creek or river.

The Native Americans knew this. There is evidence all around the Verde Valley where ancient tribes such as the Sinaguan people who farmed and hunted on this land and lived close to the creeks and rivers during the growing season as early as 700-900 AD.

In 1880, this 160 acre property was homesteaded in the 19th century by cattleman John Lee. He named it the “OK Ranch”. The land changed hands numerous times and the ranch also changed names at least 3 times. As a REALTOR® it was interesting to see the price that was paid each time it was sold.

Elizabeth Ragsdale bought the ranch for $750. She spent a colorful 6 years there because of who she married, Charles “Bear” Howard.  He was convicted of murder and was sent to San Quentin Prison where he escaped two times. As you probably would guess, the marriage did not last long! “Bear” got his name because it was rumored he killed 5 bears with just his knife.

In 1902, Ragsdale sold the ranch to the Schnebly’s – T. C. and Sedona. <–(Read more about how Sedona got it’s name!)  Yes, the one and only! T.C. ran the post office and named it after Sedona and the area took her name. They bought the property on pure speculation for $1000 and sold it 2 years later for a whopping $2000. The next owner sold it shortly after the purchase for $2200.

To give you some perspective as to how that speculation paid off, the average annual U.S. salary in 1900 was just under $450.

The Schuerman and Dumas families turned this property into successful orchard and cannery. In the next 15 years over 1500 fruit trees were planted.

In 1936 – Crescent Moon Ranch changed ownership again. The Baldwins paid $6000 for this orchard that had needed some tender loving care to get it back to tip top condition. A cannery was run right out of the kitchen of the cabin. The miners in Jerome bought produce from the orchard and it was also transported to as far away as Chicago and as close to the Phoenix area to be distributed to the surrounding areas.

In 1937, the Baldwins hired C. Jones to run the ranch. There was no electricity so a brick water wheel was added to make electricity to run the irrigation pumps. Sixteen year later, the Baldwin Ranch was sold in 1953 to Mrs. Nick Duncan.

Tourism replaced farming and ranching in Sedona in the 1970’s. The decline forced the land to be put up for sale once again. It wasn’t until 1980 that the Forest Service purchased the ranch using land and water conservation grants designed to preserve land from development and for the enjoyment of future generations. Not sure when the property was named “Crescent Moon Ranch” but it is one of the most popular places to take pictures in all of the Sedona Area.

If you are thinking of going to Crescent Moon Ranch picnic area, the Forest Service does charge a fee. You can also rent out the original Baldwin cabin. You can read additional details here. Currently, the fee is around $200 an night. My guess is that you may have to book months in advance of your stay.

The North Meets The South….

Crescent Moon Ranch stradles Red Rock Crossing which can be reached from Red Rock Crossing Rd on the north side of Oak Creek and Verde School Road on the south side of the creek. There are stepping stones at the shallow point in the creek where you can cross to each side. There has been talk about connecting the two sides. But local residents are against this proposition. It would definitely impact the area but as traffic continues to increase this may become a necessity.

Search For Sedona Homes For Sale

As a Coldwell Banker Residential Brokerage Sedona Arizona REALTOR®, my primary goal is to help my customers obtain their dreams, as well as satisfy their financial goals and objectives through real estate.  From the moment I am contacted, you will observe my seasoned ability to provide you with “World Class Service” and that “personal touch” while utilizing a complete package of technology options that are of the utmost importance and so critical in today’s market. I will tailor real solutions to fit your specific needs.

Learn about Sheri Sperry and the