Magic Hour – A Special Time of the Day In Sedona Arizona

Magic Hour In The Cottages At Coffeepot 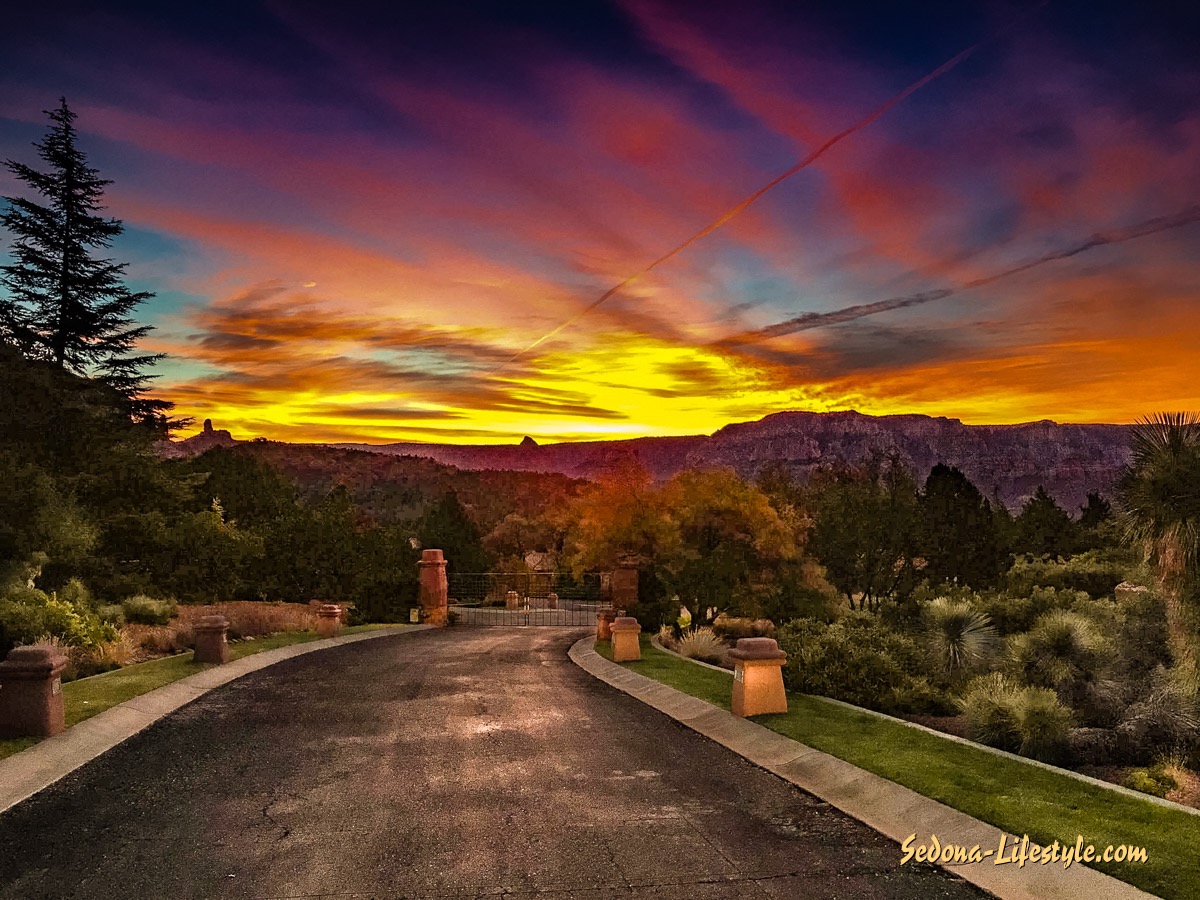 What Is Magic Hour? 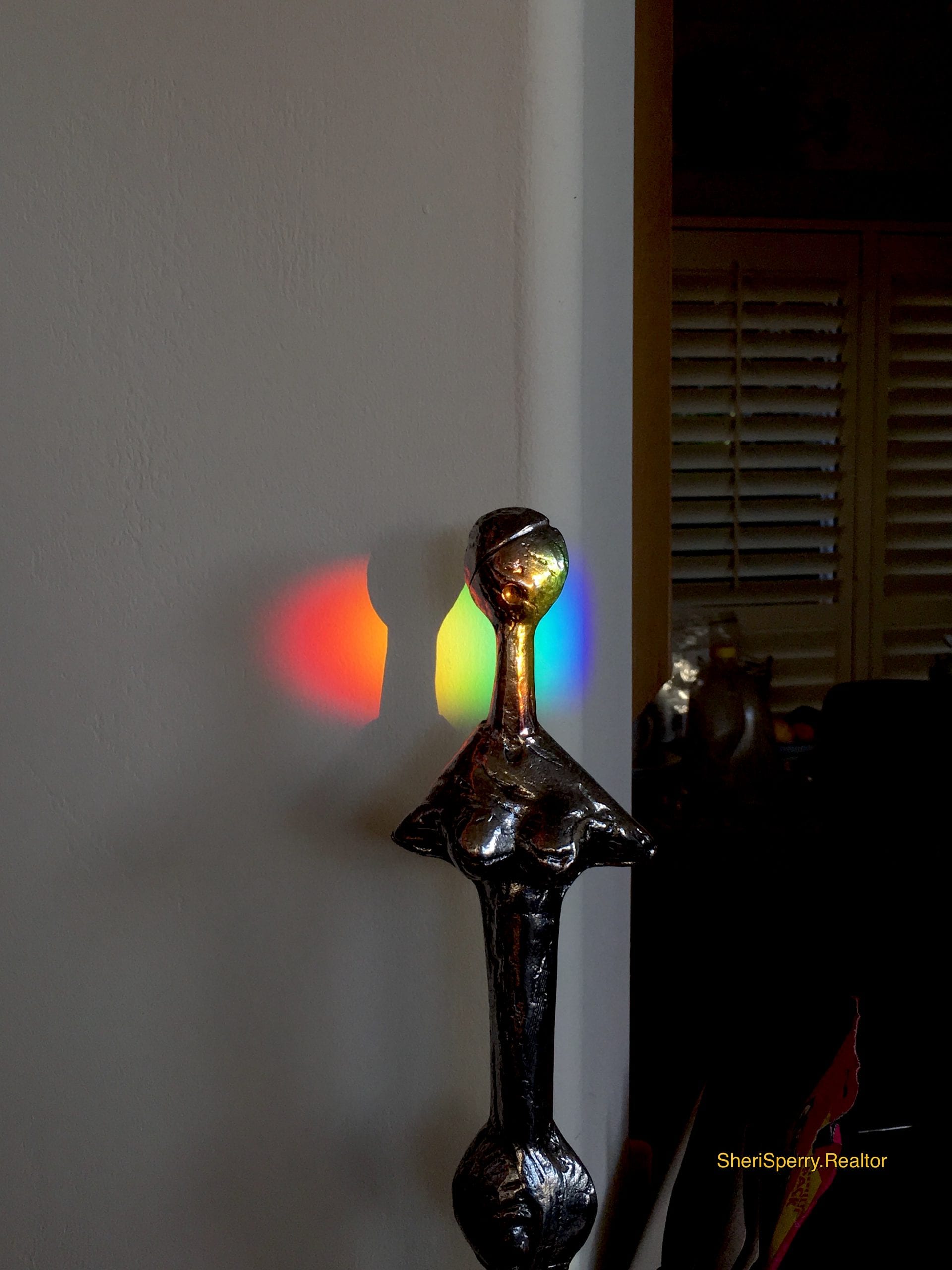 Magic Hour or Magic Time in Sedona is a special time of day. You can see it right before sunrise and right after sunset where the visible light spectrum is separated into the colors of the rainbow as the white light hits the atmosphere at a low angle. Without getting too technical, violet is the shortest wavelength of the visible spectrum. Violet moves and dissipates the fastest through the atmosphere. Red is the longest wavelength and is visible for the longest period of time. It throws a warm glow into the atmosphere for about 20 minutes before sunrise or after the sunsets.  Clouds reflect this light and can bounce it to the earth creating a red glow on everything in its path. This is demonstrated in the images below the prism rainbow below and the link above describes the visible light spectrum and electromagnetic spectrum nicely in a video. 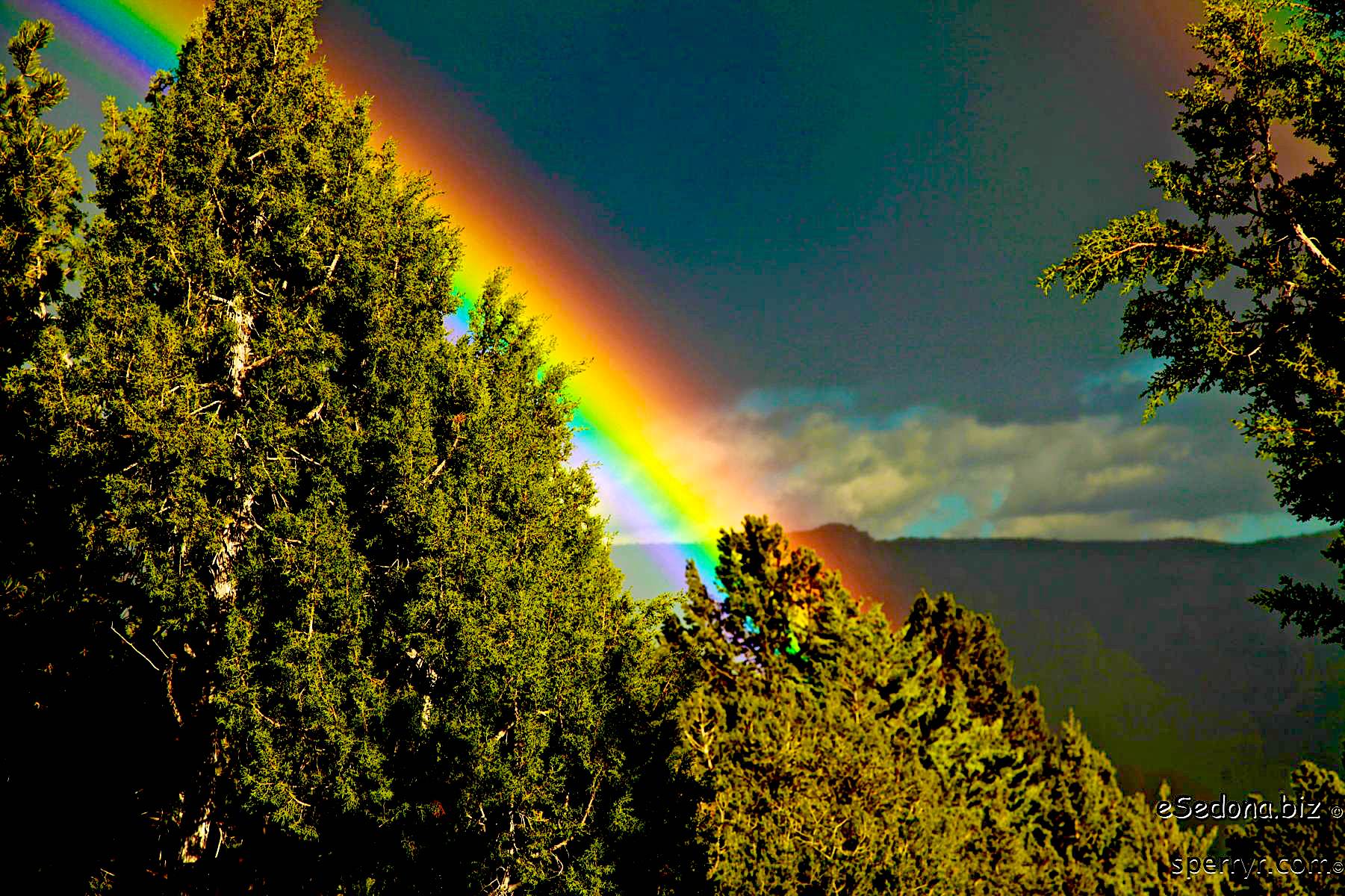 Because most of my home faces east with floor to ceiling windows, it is downright impossible to miss that red bounce effect that creates Magic Hour.  Everything inside the home turns red as well as everything on the outside. So reverse sunrises and sunsets are easy to capture in an image in that short window of time. What is also amazing to see is the dark crimson color of the red rocks during Magic Hour.  The contrast of color is most noticeable during Magic Hour or when it rains and saturates the red rocks. The dark contrast is pretty stark.  When snow falls and blankets those red rocks, it is also a sight to see.  The dark color of the red rocks and the vibrant green of the evergreens are vivid next to the white snow. 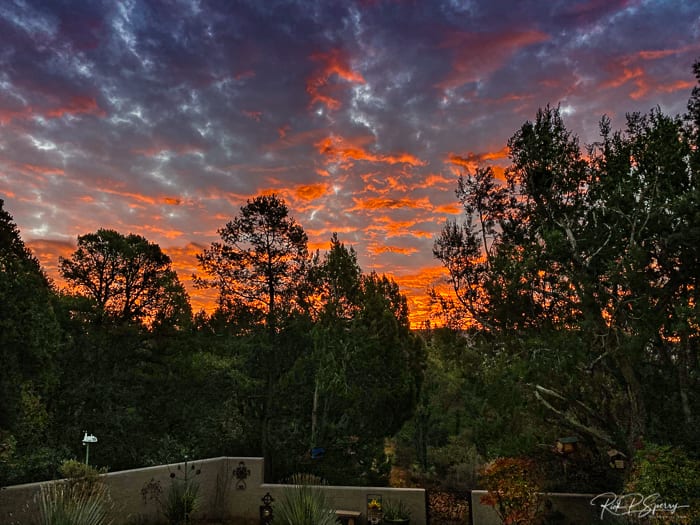 The image above was captured at 7:22 am MST 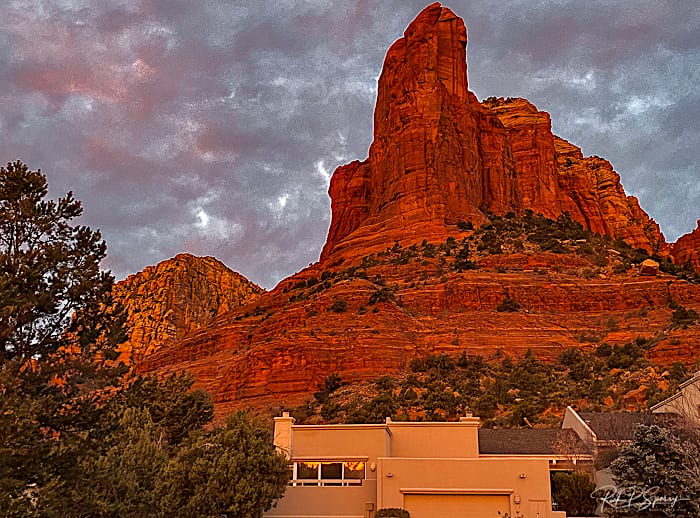 The above image was captured at 7:24 am MST

Everything is bathed in the red-orange spectrum of light that is being bounced off the clouds in the east. Nothing escapes the color of the bounced light.  The red rocks look more crimson and the green walls look orange.  This lasts for about 20 minutes. 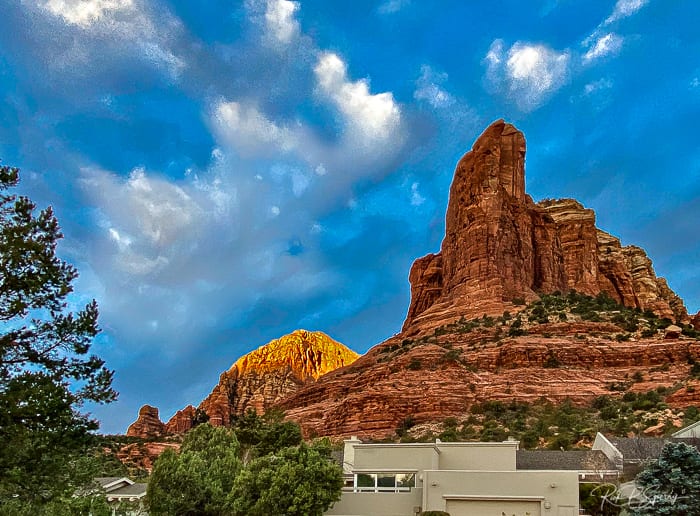 Magic Hour is ending and the sunrise is beginning.  The taller Thunder Mountain is the first to get the dawn of the sun rising. (Reference the panorama above.)