As Coffeepot Rock is viewed from many different angles, it will take on a different look. It may appear to be a different rock. It got its name from the coffee pot that cowboys used on the range.

There are several examples below.

Can you see the different faces? 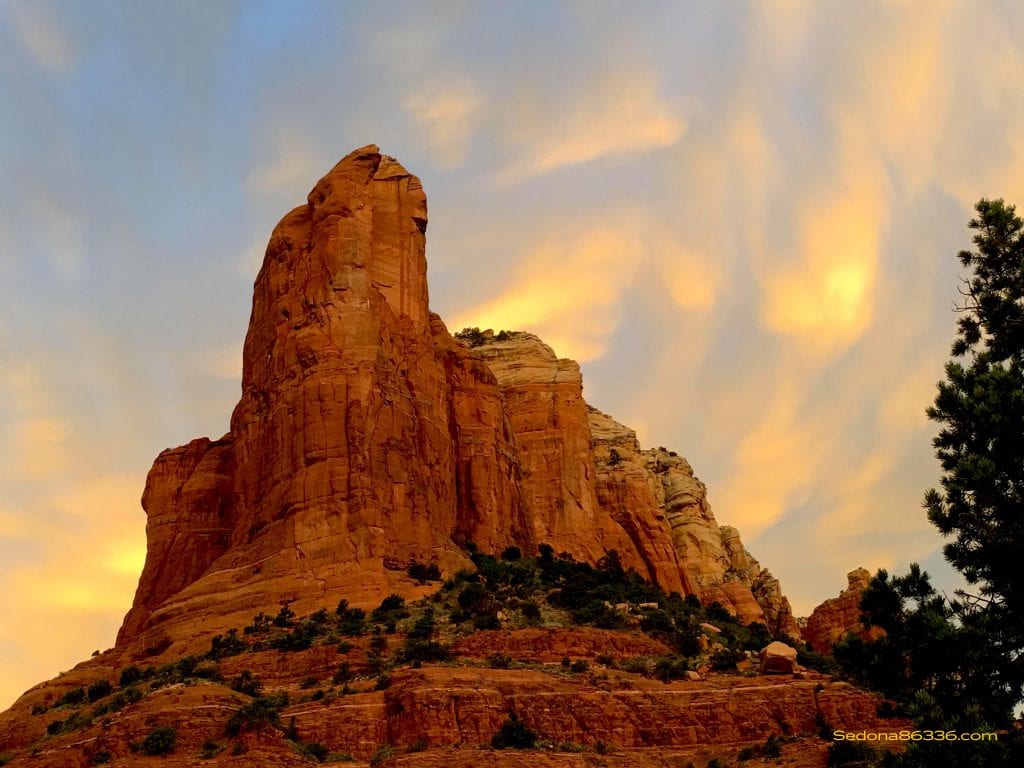 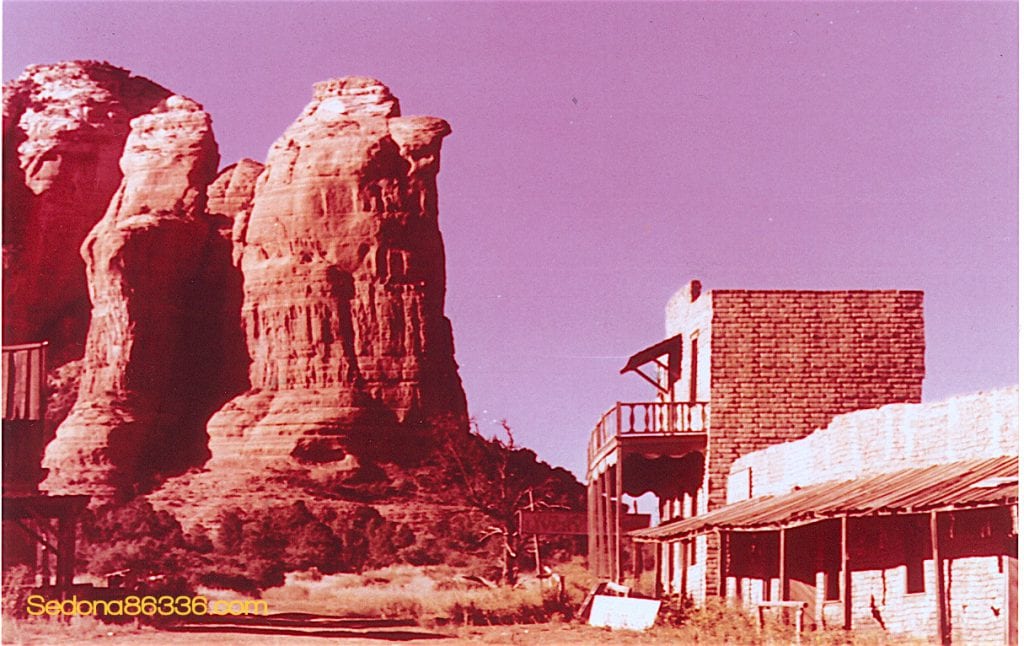 Coffeepot Rock in 1962 by my husband’s uncle who was visiting from Chicago. It is prior to sub-division development (Sedona 1-2) in this area. Most of the roads were dirt.

This is an old movie set (see picture below) from “Johnny Guitar” (1954) starring Joan Crawford and Sterling Hayden.

We have the original photo (above) and have scanned it and improved the color quality through photo apps.

By accident, I found the picture above on the internet being offered for sale as a postcard! Imagine my surprise! 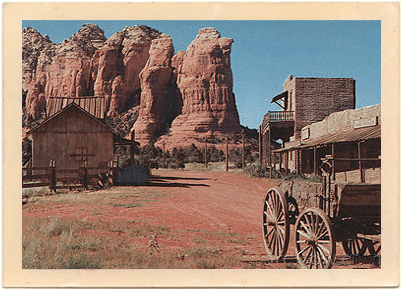 (above) Photo courtesy of Taos Unlimited 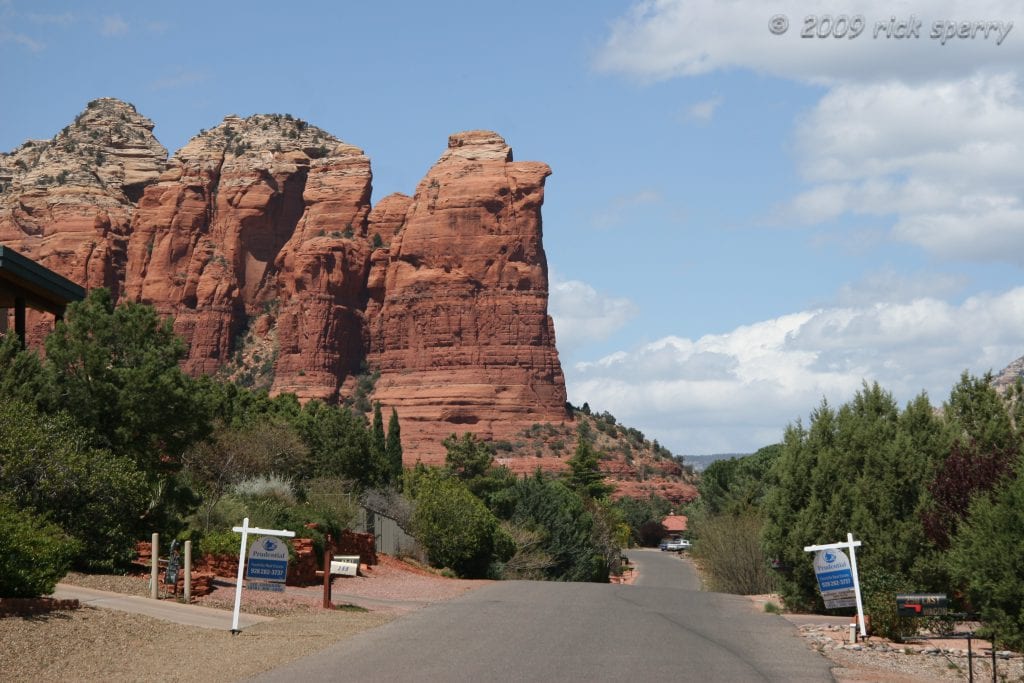 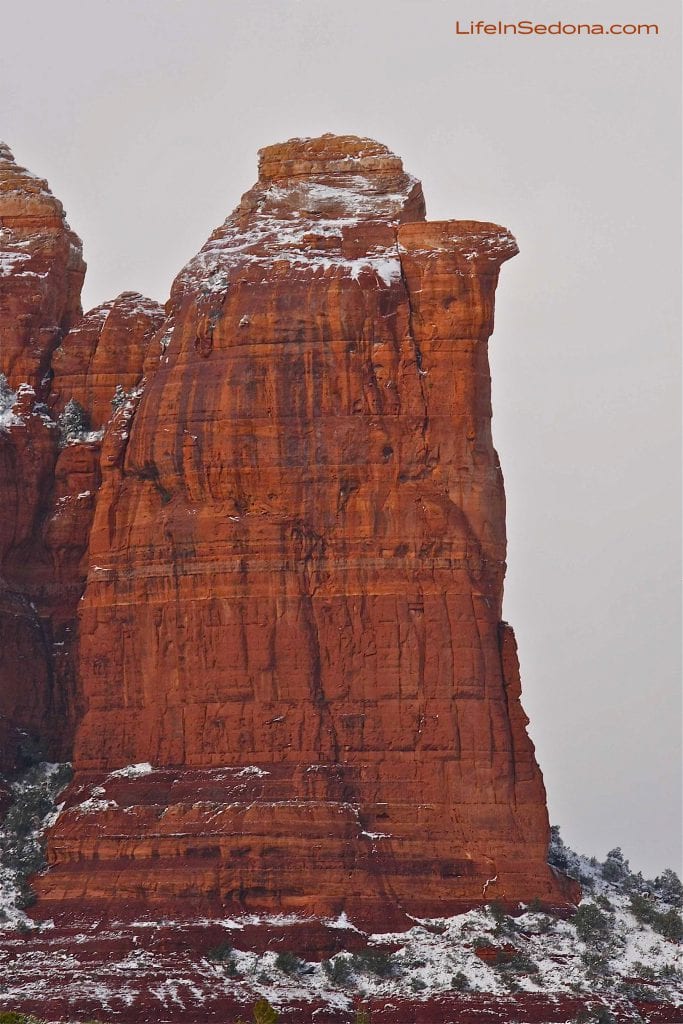 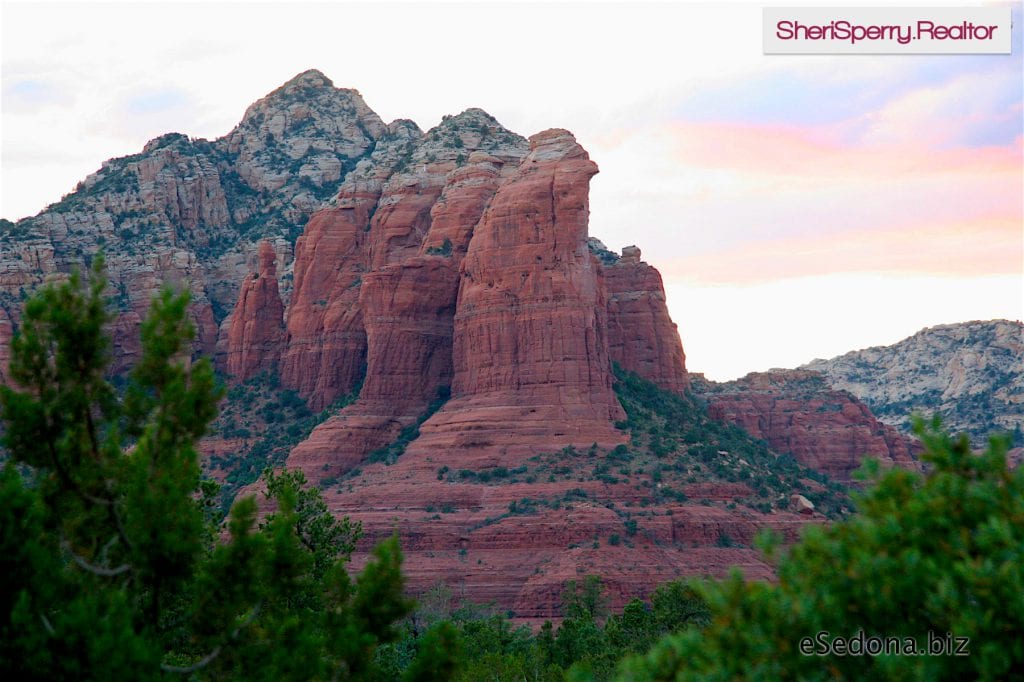 This was taken during Summer Monsoon 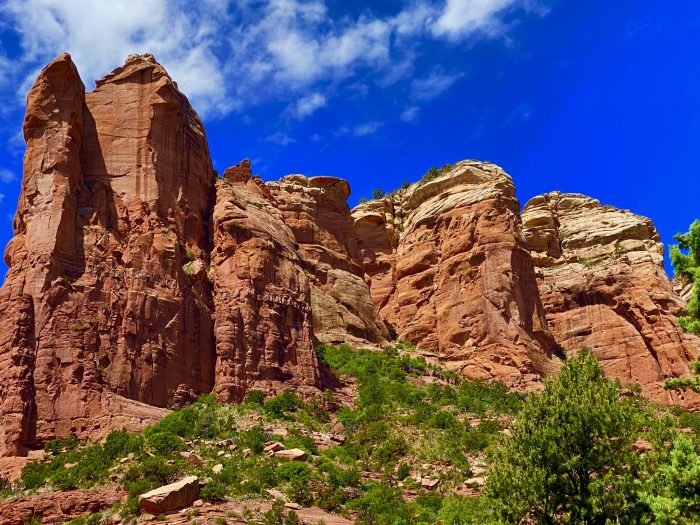 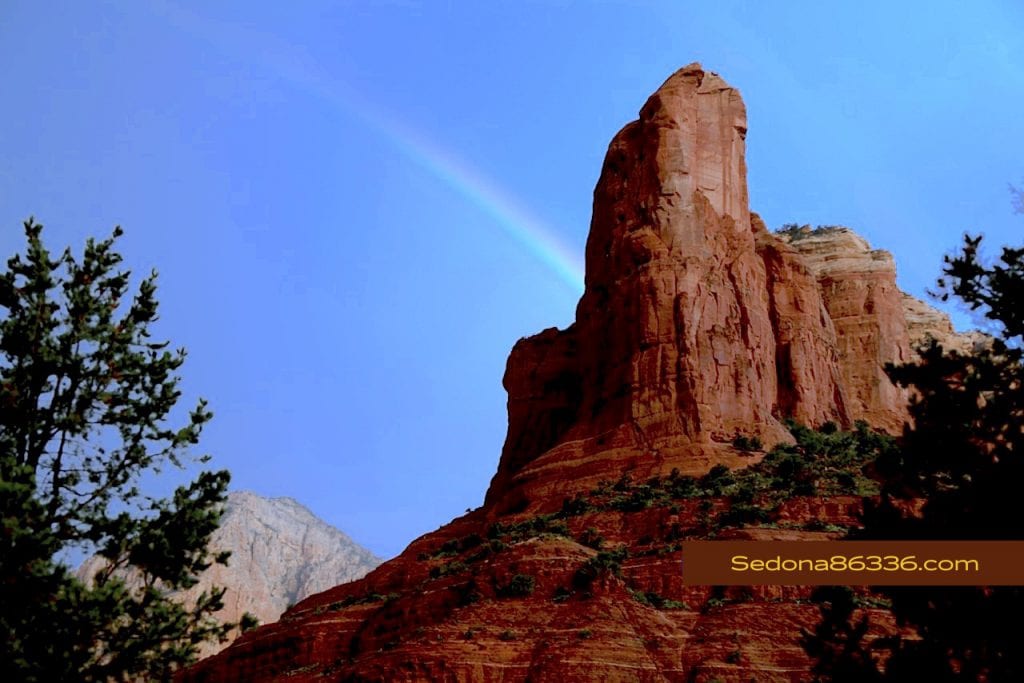 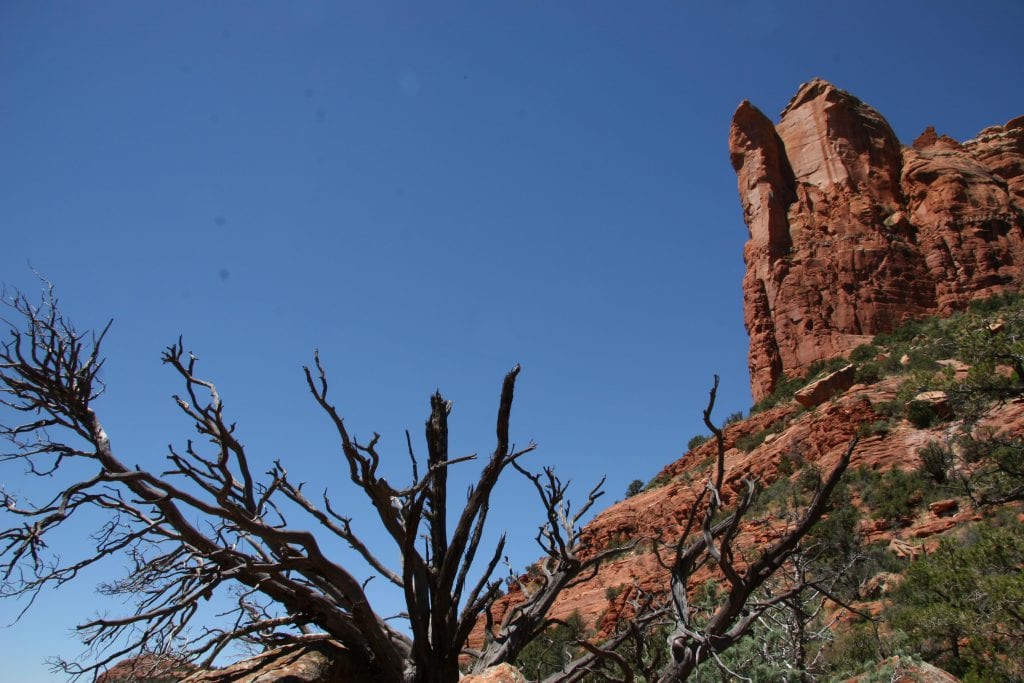 On the trail below Coffeepot Rock 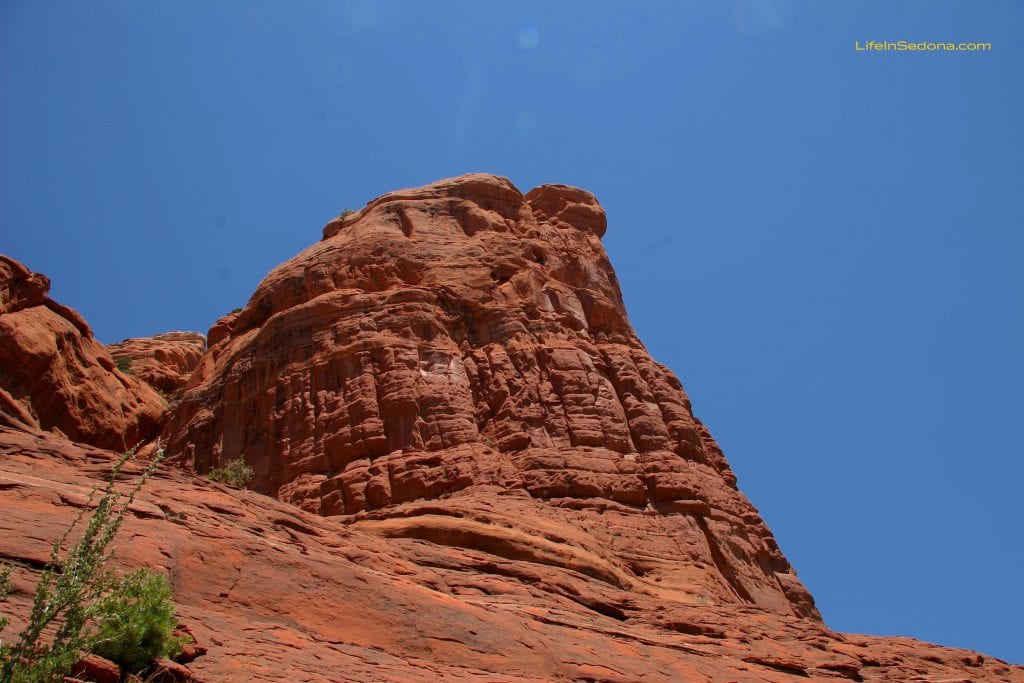 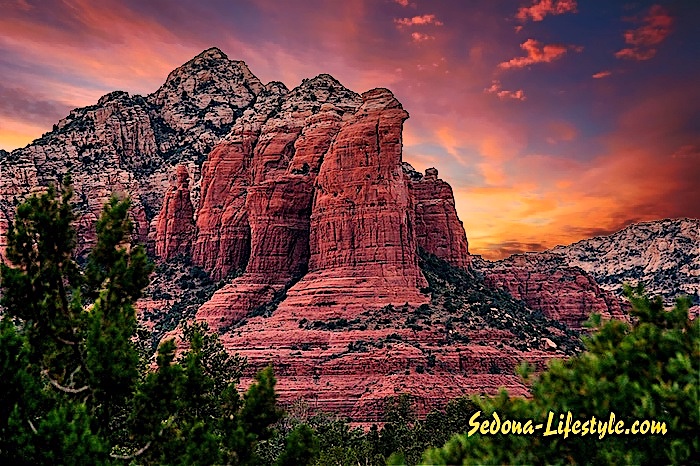 This image of Coffeepot Rock is from Soldiers Pass Rd 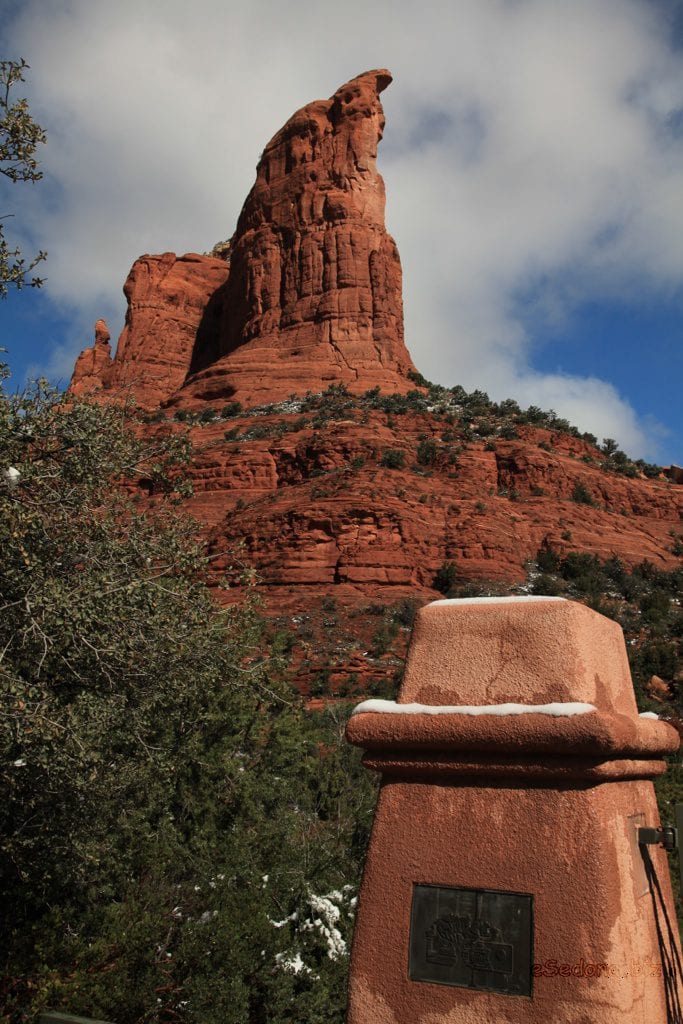 Right outside the gates of the Cottages of Coffeepot 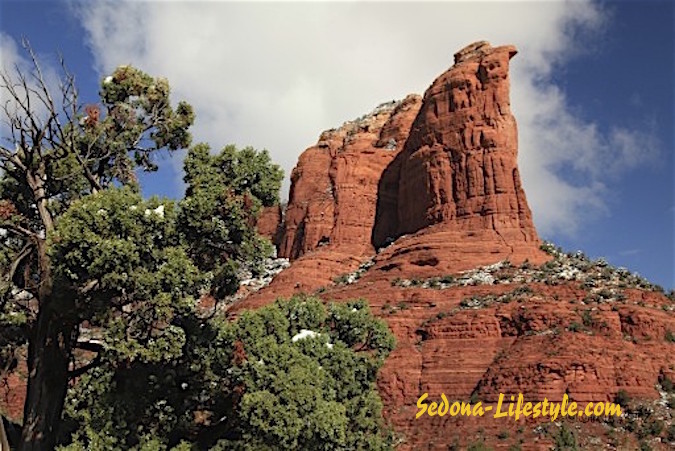 This is where the “face” of the eagle shines through. At one angle, the rocks behind it appear to be the wings starting to spread.

Aerial View of the lower portion of Coffeepot and a small look at the luxury townhomes of the Cottages At Coffeepot. 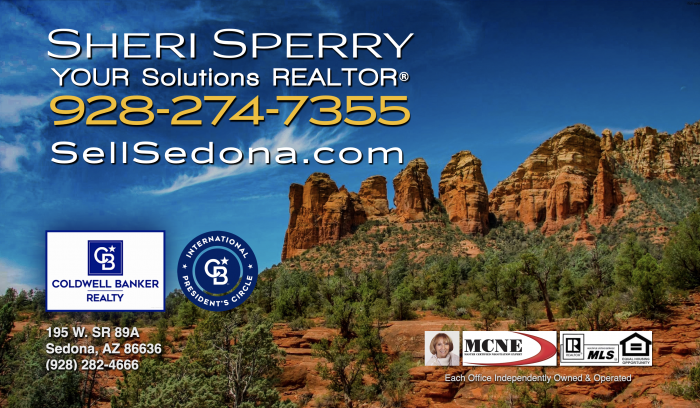 A Unique Gated Community Borders Forest Next to Coffeepot Rock

A Closer Look at Luxury Town Homes – Cottage At Coffeepot