Snow in January and February was a little over 4 inches for each year.  The snow in Sedona generally will evaporate in less than a day and there is no ice accumulation especially if these areas are in the sun.

During an El Niño climate shift, the U.S. Southwest as well as the southern part of the United States experiences a wet and in some places, a colder climate with more snow than usual. The warming of the Pacific Ocean generally develops between April and June and will peak in December and January. The affects of this condition have been noticeable this 2019 winter season.

El Niño is responsible for our extreme cold weather this winter and especially February. Sedona had 5 low temperature readings below 20º with 11.2º the lowest temp so far this year. I am pretty sure this will hold as the lowest temperature. Last year only 1 day at 18.6º was recorded. The high temp for the month was 65.7º, where as last year it was 73.5º.  February had the most snowfall in any recorded month since starting in 2010 at 25.51 inches recorded at the Cottages At Coffeepot weather station.

A Snippet From the Sedona February Weather Aerial Video 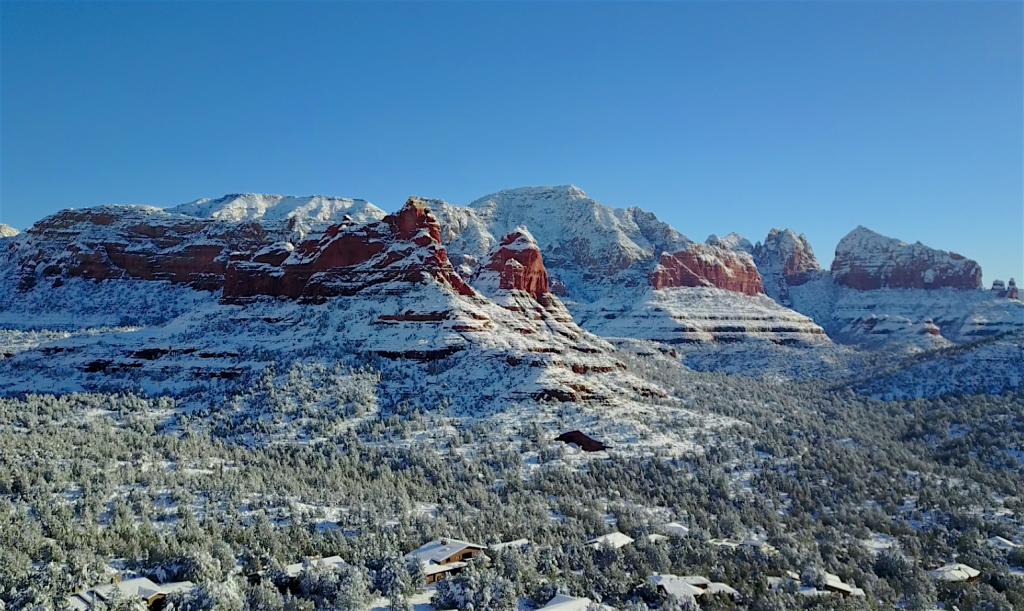