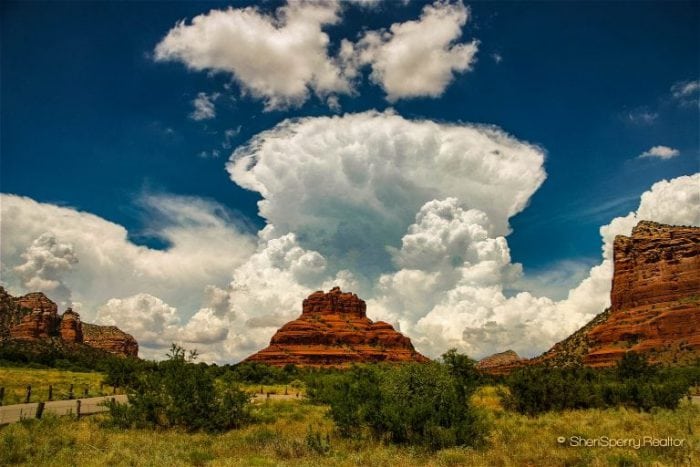 July 2018 Sedona Weather Stats Update – In Sedona, the monsoon kicked in on July 6th. The rain totals are more than adequate for healthy plant and tree growth mainly because it is more spread out and dropping in smaller amounts. There were some days that the temps in the afternoon dropped to 66º because of the cool rain. This caused cooler nights and milder temps the following days. There were two less days over 90º then there were in June, probably due to the increased cooler rain. There was a heat spell of 5 days near the end of July that was broken from the rain and cloud cover. 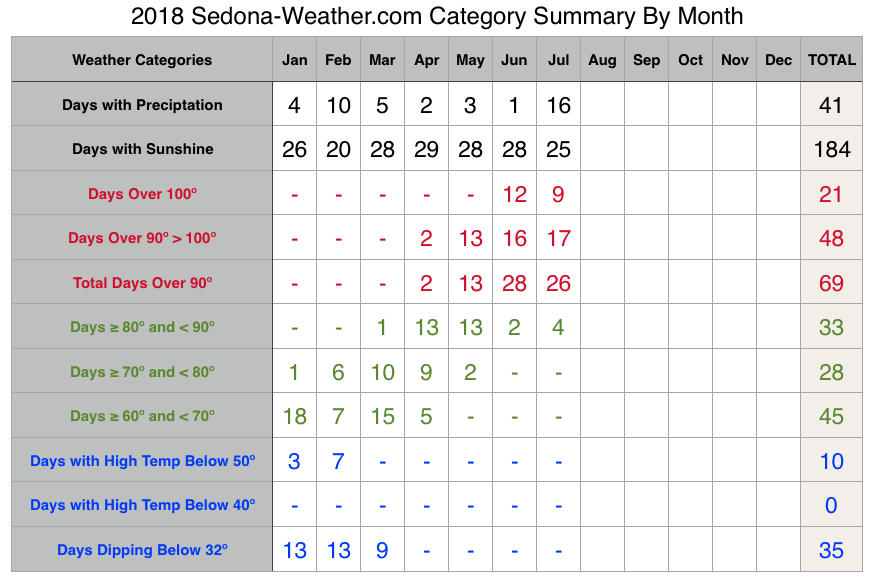 Link for —> Complete Summary of Sedona Weather for 2017

The above chart has three new categories added. I was trying to find a consensus on what is the ideal weather temperature range.  I would have included the number of days in that range for every month. The more research I did, I found that this was extremely subjective. Everyone has a different opinion of what they consider to be a comfortable range. So added the 3 ranges that were not accounted for on the previous chart.  You will find them in green.

If I tell you that the Sedona weather was fairly mild in January; without the green ranges above, you might not see it. But by including the 3 additional ranges, you can see that in January, there was 1 day in the 70º’s and 18 days in the 60º’s. So two-thirds of the month of January was above 60º!  That gives the reader a better idea of what the writer considers to be mild.  This gives you… a better idea of temperatures for that month based on what you consider “comfortable” in a temperature range.

The Sedona Weather Almanac has the complete history from 2010 of rain and snow totals by month as well as mean temperature. It also has the highest and lowest temperature by month and the historic average for comparison.